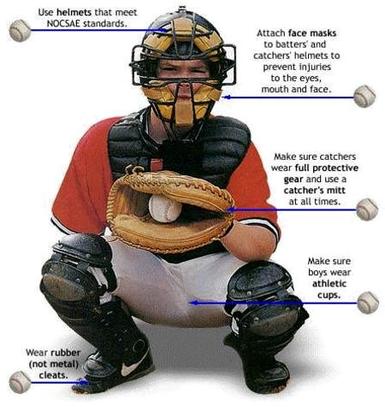 The Flint Coalition  for Youth Baseball-Softball League is a non-profit organization that provides the youth of Flint an opportunity to  participate in skill development and knowledge enrichment programs.

Pre-season hands-on clinics and practices help to develop the youth skills improvement for league and tournament ball games. The knowledge of the game is taught in our off the field class room educational programs and through hands-on clinics.
Boys 4-18 years old participating in our league and level to play are determined on May 1st as well as girls ages 4-12 years old.  Girls ages 13-18 years old level of play will be determined on December 31st.
It is mandatory for parents or guardians to attend and stay at all league meetings, clinics, practices, and league and tournament ball
games.  We also arrange league field trip opportunities to professional ball games in our area.  We believe that by supporting and providing opportunities for our youth, together we are helping to create better citizens and a bright future for our community!

"I played in city league every summer from age 5 to 35," said Stewart, a retired Flint firefighter. The 51-year-old Flint man grew up in the area and graduated from Flint schools. He said he was inspired by the enthusiasm his coaches expressed.
"They were guys that wanted to be around kids and guide them," Stewart said. "I appreciated that." Stewart took his love for the sport and turned it into an opportunity for Flint-area youth.  In 1990, he started the Flint Coalition for Youth Baseball & Softball League. The program is for boys and girls ages 4 through 18.
Pre-season, hands-on clinics and practices are held to help the players develop and improve their skills. The league has an off-the-field classroom where players learn about the game. Players travel throughout the county to play in tournaments. Since its start, hundreds of area boys and girls have participated in the program.
When Stewart came up with the idea, he was simply looking for a way get area "kids interested in baseball," he said.
A rule that requires parents or guardians to attend all league meetings, practices and games quickly turned the program into a family affair. "The parents took it upon themselves to start bringing drinks and snacks for the players," Stewart said. Stewart said he simply wanted parents to be there to support their children. It wasn't until later that he realized the positive effects of the rule.
"Whether it was to cheer for our team or just watch, it brought the community together," Stewart said. "Having that sense of community is needed now more than ever." Stewart -- who is studying at Mott Community College to become a physical therapy assistant -- is also a trainer with the Northwestern High School boys basketball team. He's chairman of the Flint-area CANUSA Games and works with his sister, Robin Johnson, coaching softball at Northwestern.
Come spring, Northwestern will have a junior varsity softball team for the first time in years, Johnson said. "The girls really appreciated what he was teaching them," Johnson said of her brother. "We had so many who wanted to play that we had to start a JV team."
As he grew older, she said, he noticed kids just weren't interested in playing baseball.  "When he started his career with the fire department, he noticed that baseball had left Flint," said Johnson. "The focus had shifted to basketball." Desperate to revive the sport in the Flint-area, Stewart started his league. "He told the kids, 'Everyone can't get a scholarship for basketball,'" she said. "He told them to think bigger."